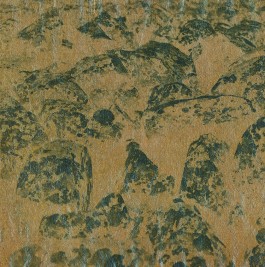 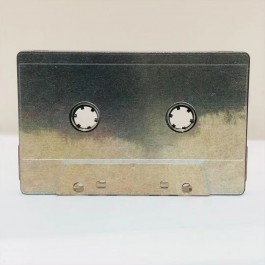 “La Chaleur Des Choses Sans Nom” is a collaborative album by improv guitarist Cyril Meysson (Magrava, Noyades) and cellist Sheng Jie (aka gogoj). The artists first worked together when Cyril was approached to mix Sheng Jie’s first album (under the name gogoj) for WV Sorcerer. Recognising a shared musical affinity, the pair first planned to tour together, a plan that was sadly curtailed by the onset of the pandemic. Still wanting to collaborate, they embarked on a long-distance recording project, swapping musical ideas and building the tracks up layer by layer. The final result is a set of fascinating tracks blending the sense of freedom and exploration of improvised music with the coherence of more formal song structures, with each artist’s contribution balanced seamlessly with the other, making it hard to tell in each case who is leading and who following. For Sheng Jie, these tracks were evocative of ancient times and lives far away from the present, blurring time like the shifting lines of sand dunes (an image reflected in an original sleeve design by Aurelie Raidron).

The album will be released by UK-based label Dub Cthonic on streaming / digital format and limited-edition cassette on June 24 th .